Though not strictly speaking a literary critic—among all his books, only Poetic Diction (1928) can truly be labeled as literary criticism—Barfield is much more accurately designated as a “philologist” or “thinker.” Poetic Diction nevertheless contains several interesting observations on the nature of criticism.

He offers his own conception of the critic’s role. “Surely if criticism is anything worth while,” he writes, “it must be a sort of midwifery—not, of course, in the Socratic sense, but retrospectively.”

“It must try to alter the state of mind of the artist’s audience, from mere wondering contemplation of an inexplicable result, towards something more like sympathetic participation in a process. And in poetry, as far as it is merely semantic, and not dramatic, or sentimental, or musical, this process is the making of meaning. What kind of criticism, then, is dilettante: that which attempts to know, by sharing in, the poetic process itself, or the fastidious sort which can only moon aimlessly with its hands in its pockets, till the infant is nicely washed and dried and ready for inspection?”(Poetic Diction 128)

He speculates on the centuries-old question of the “progress of poetry”:

“For the critic, like the minor poet (they are often one even in corporeal substance) needs to have his poetry in an idiom already dully established as poetry before he can appreciate it as such. And usually nothing but time can bring this about; as the new style percolates through the more lively and original spirits till at last it receives the franchise of the pedants and the literary snobs. Thus, it so often comes about that the fame of great poets is posthumous only. . . . We have but to substitute dogma for literature, and we find the same endless antagonism between prophet and priest. How shall the hard rind not hate and detect the unembodied life that is cracking it from within? How shall the mother not feel pain?” (Poetic Diction 164-65)

And he ponders “the question [of] whether or no poets make good critics.”

“Is it an advantage, it is asked, that the critic should himself be creative? Those who hold that it is not, point out that the powerful imagination of a poet may easily be stimulated by some experience of which the artistic ingredients are in themselves trivial, or non-existent, so that the poet-critic may mistake his own poetic contribution for that of the original author. “Tipperary” on a barrel organ may move him more than the Ninth Symphony; let him beware, therefore, of expressing an opinion of music. On the other hand, really dreadful pitfalls open at the feet of the unpoetic critic. For, since his principal function is appreciation, it follows that the prosaic—the death-forces—are particularly strong in him. Therefore, if his endless appraisals are not leavened by some creative vigour of his own, he is in danger of losing all sympathy with the poetic itself, that bodiless ocean of life out of which all works of art spring. Nay, he may even cease to believe in it. For the pure prosaic can apprehend nothing but results. It knows nothing of coming into being, only of the thing become. It cannot realize shapes. It sees nature—and would like to see art—as a series of mechanical rearrangements of facts. And facts are facta—things done and past.

Consequently, the non-creative critic can never be the interpreter proper . . .; he can only be the collector.” (Poetic Diction 166-167)) 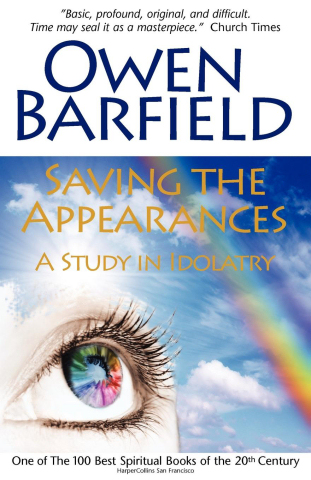