Ramon Llull was born in 1232, three years after the Christian King James I of Aragon conquered Majorca. He was married with two children, but took up his vocation in his early 30s, when on the mountain of Randa, he received a divine revelation – his Art.

Llull travelled widely and taught ceaselessly until he was martyred by Saracens aged 84. Not until 1847 was he beatified, and his Sainthood is still pending.

In 1263 Llull made his pilgrimage to the Shrine of St. James the Greater in Santiago de Compostela, Spain.

Many branches of knowledge stem from Ramon Llull. Here is one:

All the forebears of Don Ignacio were physicians and healers in Majorca, stretching back for generations beyond memory. In 1981 when Don Ignacio received his honoris causa from the University of the Balearic Islands, he gave his thesis on Ramon Llull (that Llull should be considered the first true scientist). About two dozen generations span these two illustrious Majorcans.

Many branches of knowledge stem from Ramon Llull. Here is another: 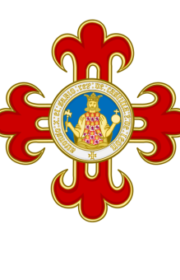 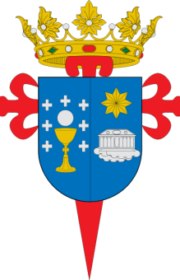 Shield of the city of Santiago de Compostela.