Some key dates in the friendship between Owen Barfield and
C.S. Lewis:

1898
Both born in November, OB on 9th and CSL on 29th
1919
OB & CSL meet at Oxford University
1922
The “Great War” years: an intense debate concerning imagination and truth, the outcome of which was that CSL became a theist
1923
OB marries Maud (née Douie), CSL becomes a frequent visitor to the Barfields
1925
OB publishes The Silver Trumpet, a fairy tale for children
1927 to 1939
OB & CSL go on annual walking tours together at Easter, as well as weekend walks throughout the year. On occasion Tolkien also joined.
1928
OB publishes Poetic Diction dedicated to CSL
1931
Barfields leave Oxford for London
1935
CSL becomes Godfather to Lucy Barfield
1936
CSL publishes Allegory of Love dedicated to OB
1940 to 1946
Barfields move back to near Oxford during WW2
1942
OB establishes the “Agape Fund” to administer CSL’s charitable donations
1948
Premiere of OB’s verse drama Orpheus, with “Programme Note” by CSL
1949
OB is received into the Anglican Church
1950
The first Narnia book is written for, and dedicated to, Lucy Barfield
1952
The Voyage of the Dawn Treader is dedicated to Jeffrey Barfield (née Geoffrey Corbett)
1954
CSL nominates OB to succeed him in Oxford; blocked by College faculty
1963
Death of CSL; OB and A. C. Harwood are co-trustees for the CSL Estate
1967
OB appoints W. Hooper as co-trustee
1979
OB passes control of the CSL Estate to the beneficiaries, David and Douglas Gresham
1989
OB publishes Owen Barfield on C.S. Lewis
1997
Death of OB on Dec. 14th, aged 99.

The following is a summary of statements made by Barfield in his book, Owen Barfield on C.S. Lewis (first published 1989).

Contrasting views of the relationship between God and Humanity:

Ever since CSL died, opinions and views have been attributed to CSL that he did not hold. And they have been supported by quotes from OB, on the mistaken assumption the two friends shared the same outlook – they did not.

What they did agree on is:

1
The disappearance from general awareness of the very idea of sin is a most threatening sign of the times.
2
The relationship between God and Humanity is expressible only in metaphor. (But their choice of metaphor differs.)

For CSL the relationship was:

For OB the relationship was:

Humanity – For CSL, humanity represents a collection of individual souls, each limited to one lifetime alone. For OB, humanity as a whole is a spiritual reality continually evolving.

Christianity – For CSL, Christianity entails membership of an organisation which shares his own view of what is meant by ‘Revelation’. For OB, Christianity includes all who accept the ‘Incarnation’ and ‘Resurrection’.

Hierarchy – For CSL, hierarchy is needed for healthy social structure, including relations between Men and Women. For OB, hierarchy is a phase of evolution which is disappearing.

Belief / Knowledge – For OB, belief is a kind of consciousness that was necessary in the medieval period. But for humanity to survive, what in the Middle Ages had to be accepted on Faith, now needs to become a matter of Knowledge. For CSL, belief couldn’t be known.

Imagination – For CSL, Imagination is an end in herself, and CSL maintained a pure detachment between Imagination and Truth. For OB, Imagination is a means to some other end, and OB maintained Imagination was a way of discovering Truth. The example given by OB is it’s as if Imagination is an Edwardian Lady – kept pure and chaste – and sheltered from active participation in the practical business of life. CSL wanted to place her apart as a mistress to be enjoyed. While OB wanted to set her free to participate in life. OB even goes so far as to say that her co-operation is essential for the survival of humanity. 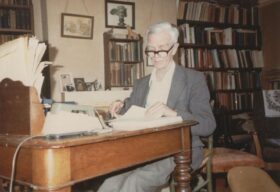 C.S. Lewis left his literary estate to his most trusted friends, Owen Barfield and Cecil Harwood (they all met in 1919 at Oxford), to manage on behalf of the beneficiaries.

Read some of the texts Owen Barfield and C.S. Lewis wrote together 🢒

The ‘Great War’ of Owen Barfield and C.S. Lewis 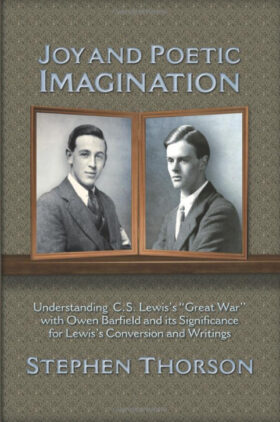 Joy and Poetic Imagination: Understanding C.S.Lewis’s “Great War” with Owen Barfield and its Significance for Lewis’s Conversion and Writings
by Stephen Thorson
Published 2015
978-1935668107Collections of Writing by Owen Barfield 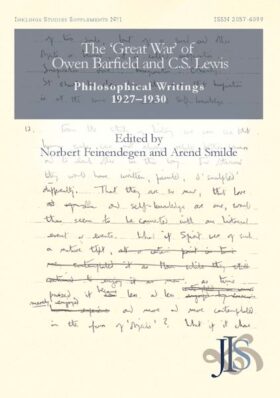 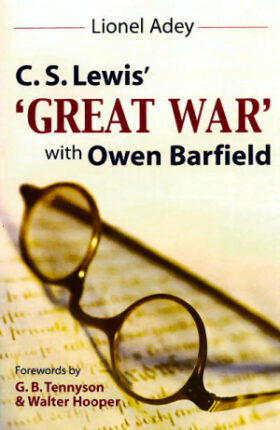