The second of the Burgeon books confronts the “watertight compartments” that professions and academic disciplines create, and over the course of three days, eight characters from various backgrounds discuss philosophy, space, gods, and humanity, among other topics. T. S. Eliot described the book as “An excursion into seas of thought which are very far from ordinary routes of intellectual shipping,” and C. S. Lewis personally valued it as an important work.

You will never understand symbols until you have grasped that pre-historic man in his unconscious goes back, not to the animal kingdom, as the nineteenth century fondly imagined, but to a paradisal state when there was no death, because there was no matter. (Burgeon is speaking.)Barfield’s alter ego Burgeon brings together a group of intellectuals–among them a linguistic analyst, a rocket scientist, an evolutionary biologist (with Teilhardian leanings), a physical scientist, a professor of historical theology, a Freudian psychologist, and an adherent of Anthroposophy — to discuss their differing points of view. 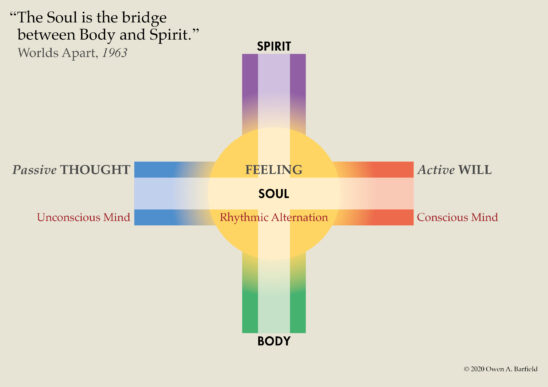